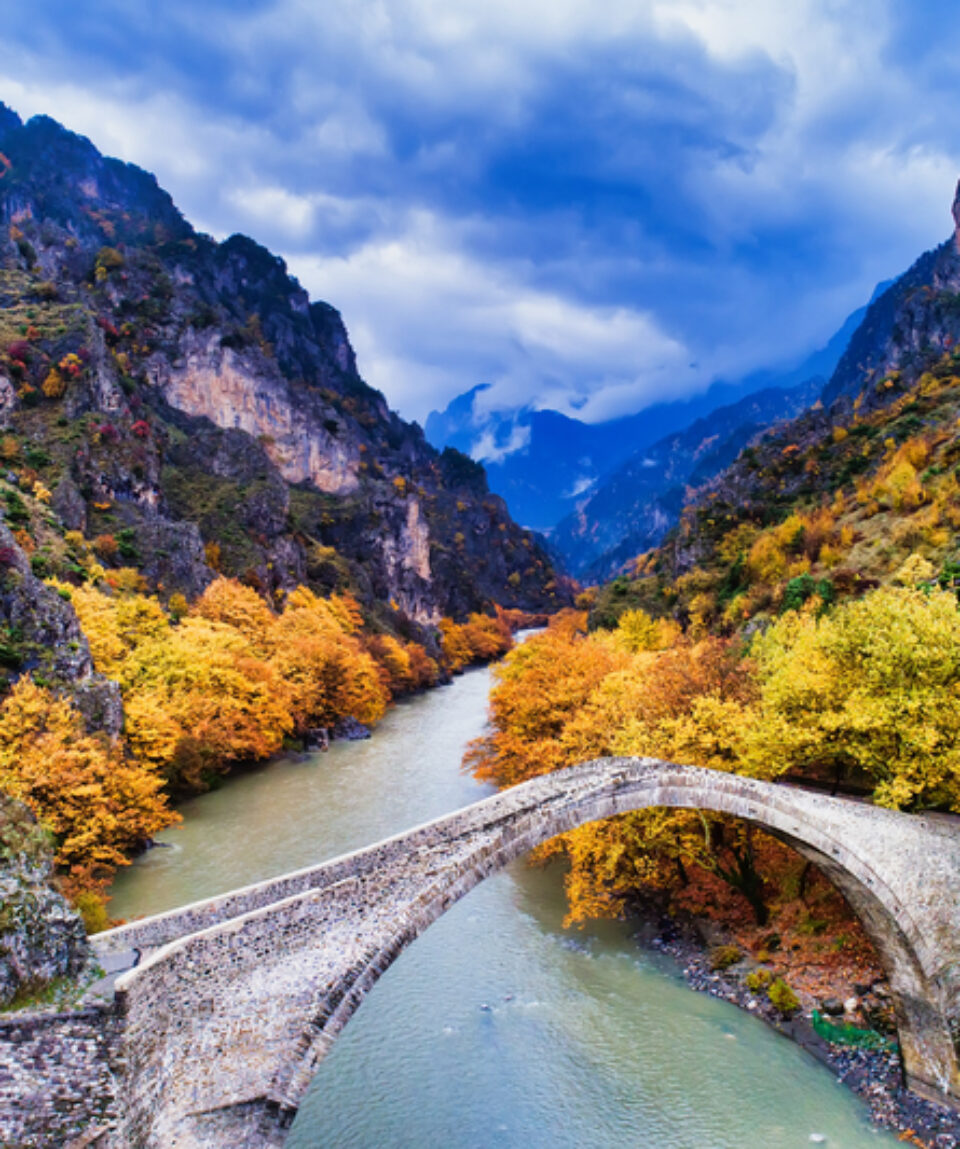 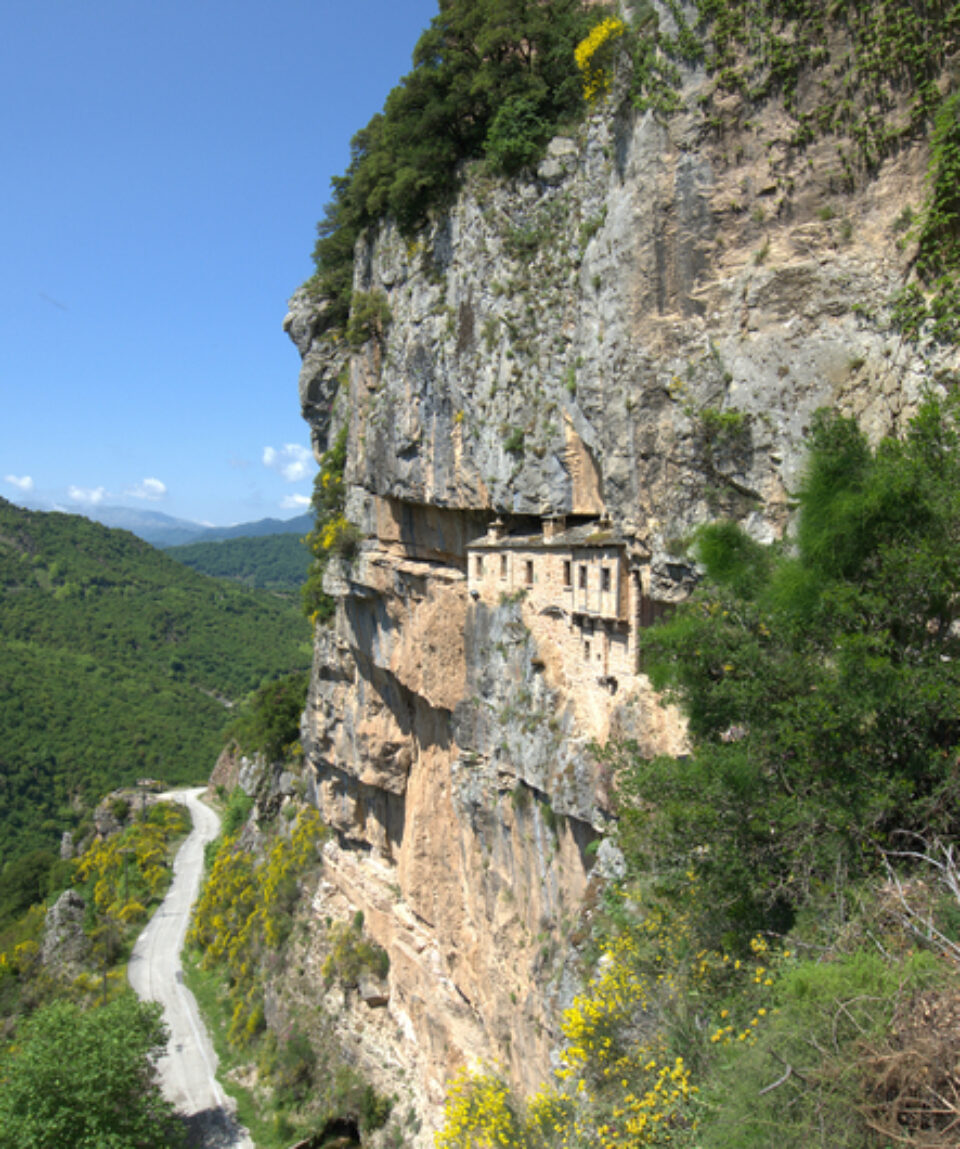 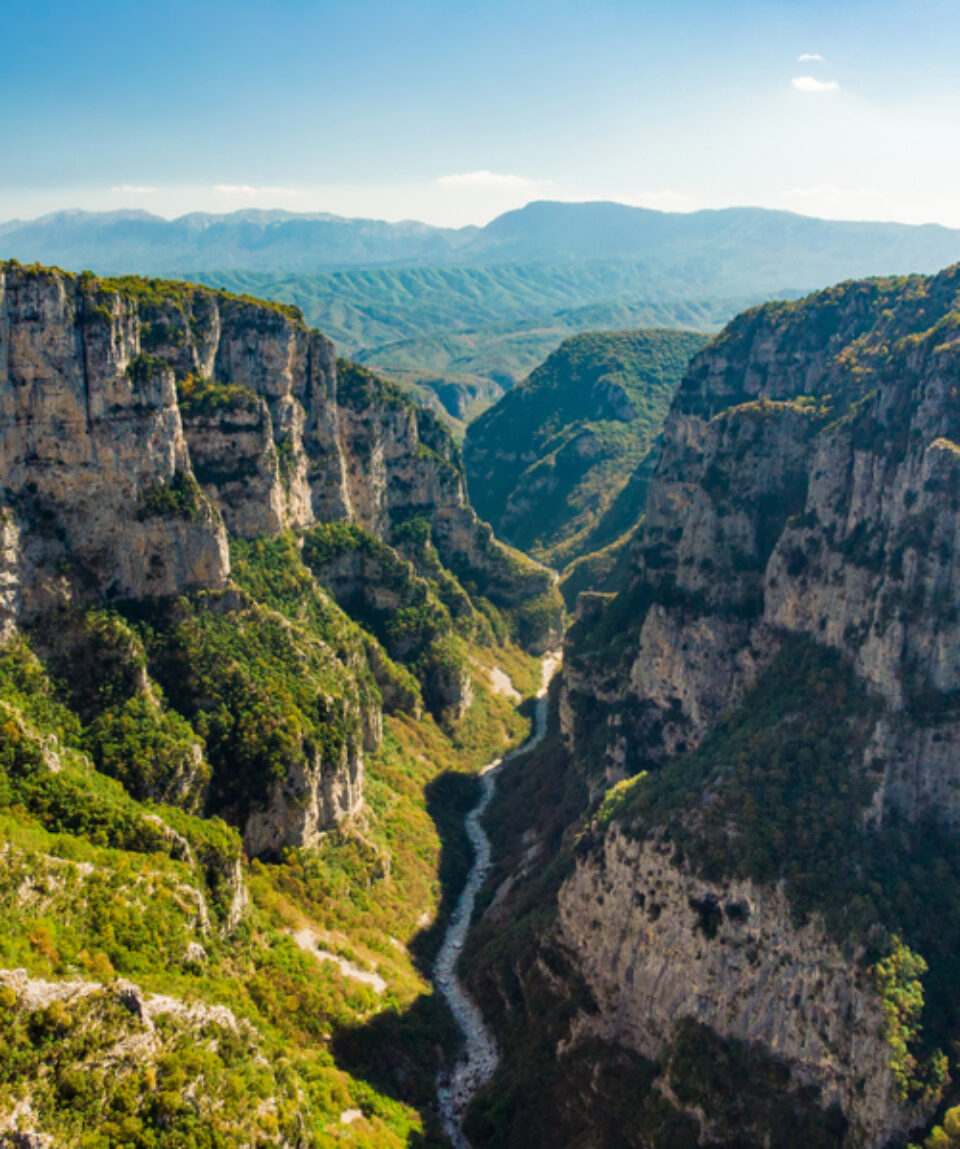 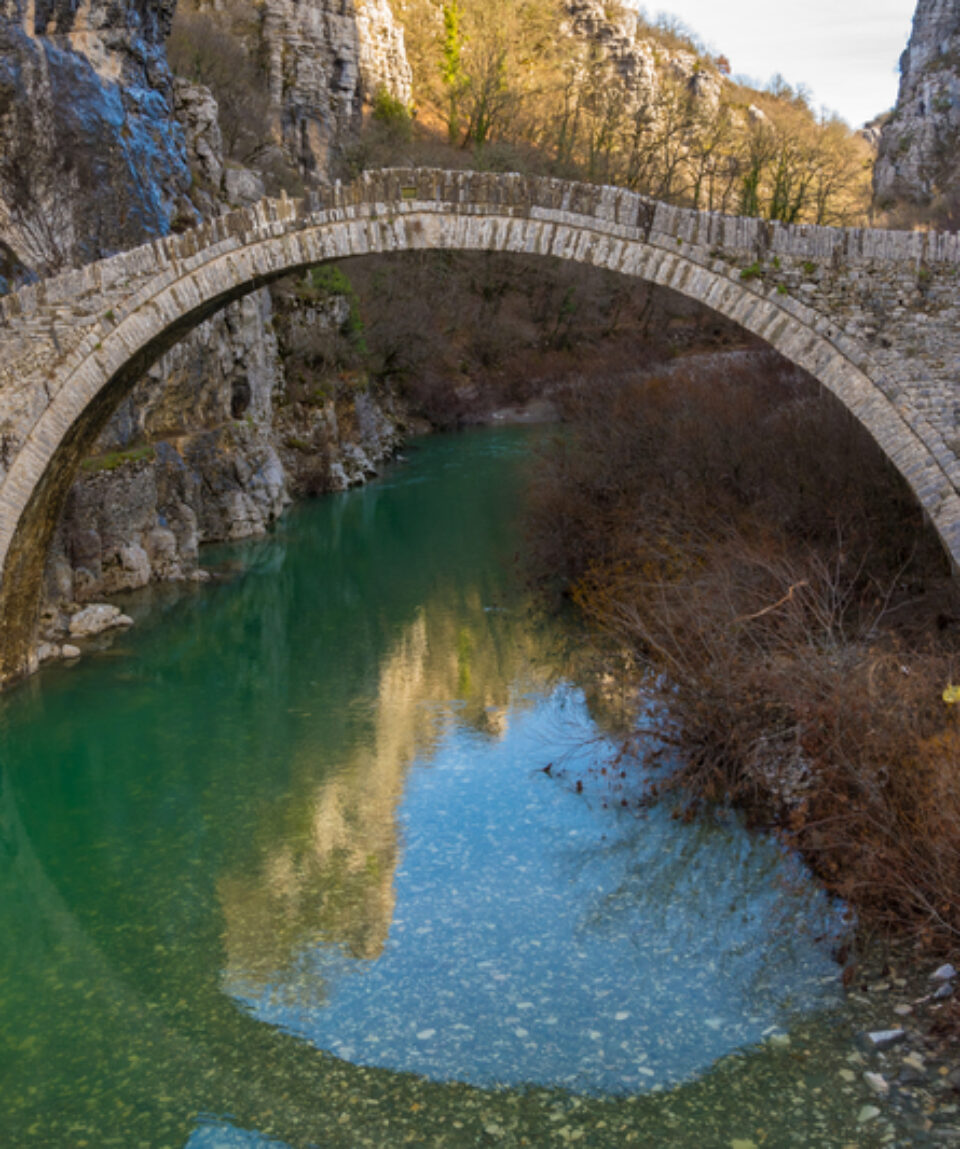 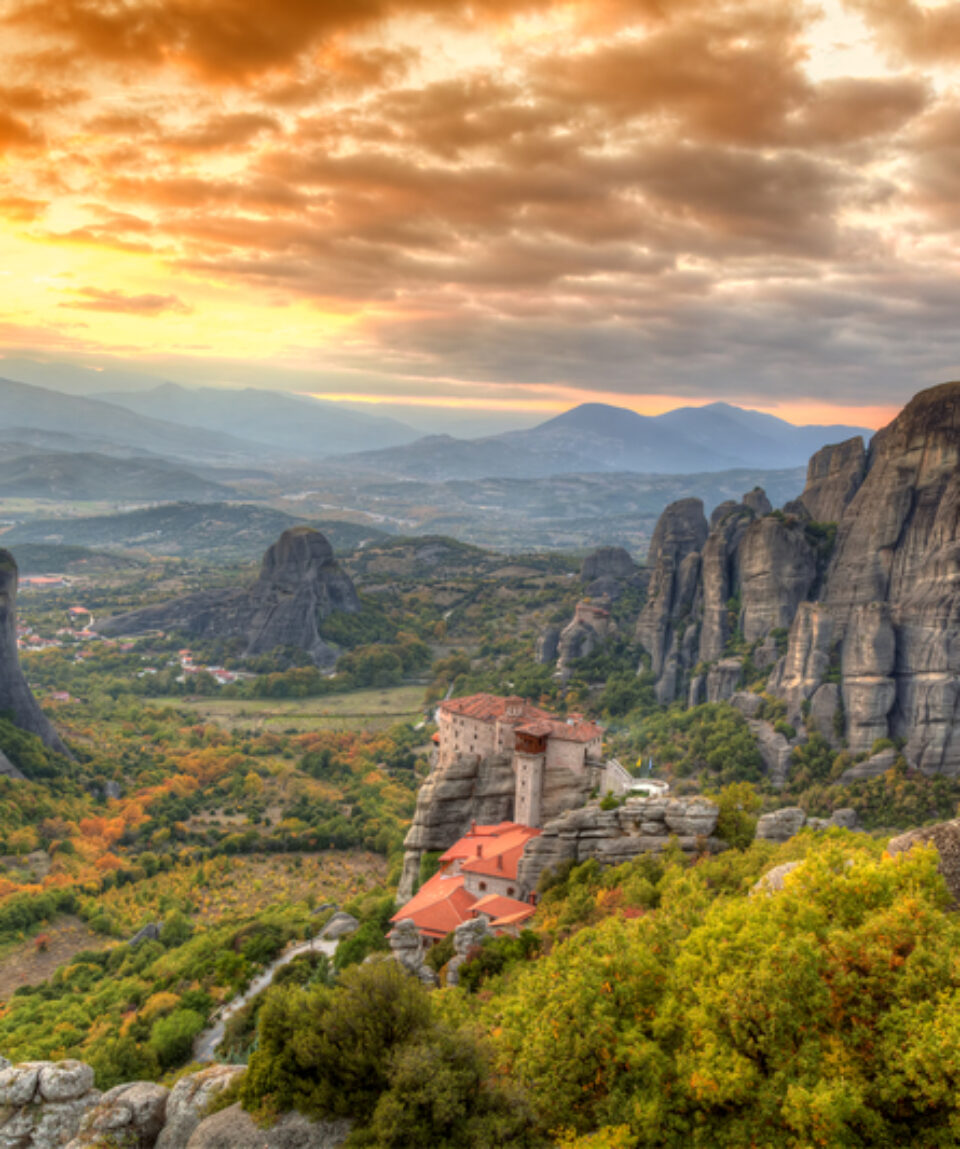 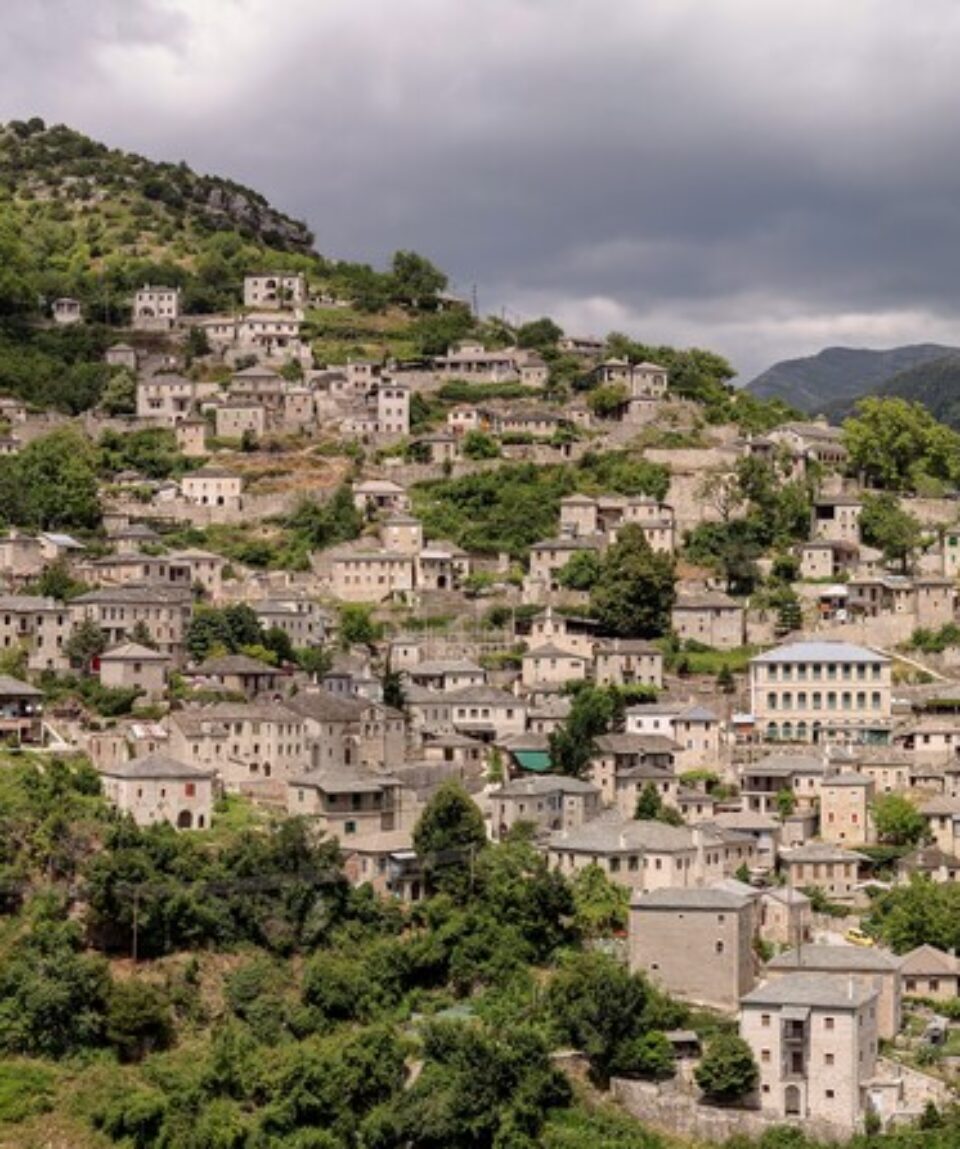 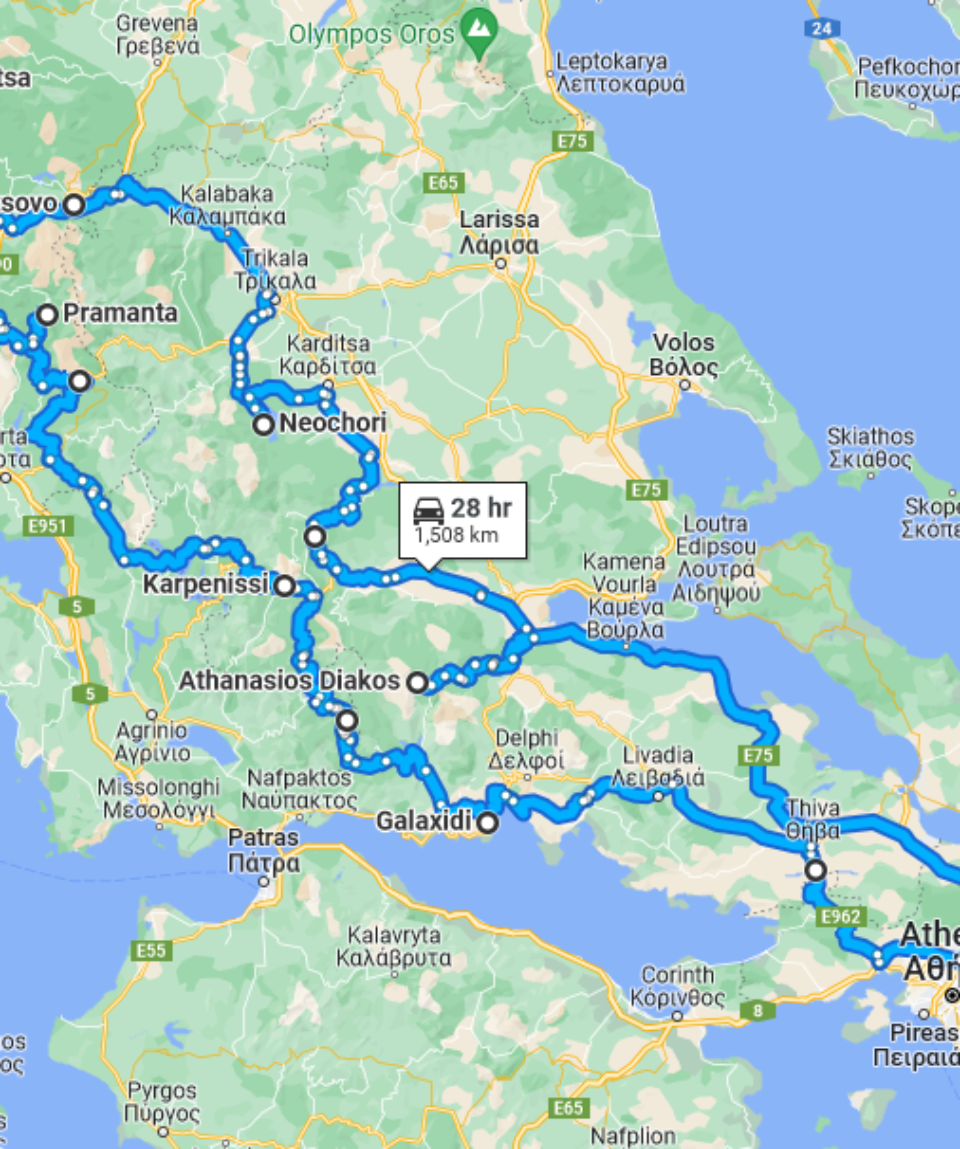 The Pindos Tour, as expected, is above all a motorcycle riding experience, with our experienced tour guides. A challenging one, given the territory over which it is unfolding. Its layout is knowingly picked to deliver thrills, joy, and exhilaration.

We ride from Athens to the Greek-Albanian border and back over winding, ever-twisting backroads. They will take us to diverse destinations, including the Delphi Oracle, the Vikos Gorge, and the Meteora Rock formations.

We will crisscross a series of lakes providing environment-friendly energy to numerous Hydropower Plants, we shall visit cliff-hanging 1,000-year-old monasteries and ride through villages with stone-built mansions attached precariously on steep mountain slopes.

Far from the ‘dazzling sunlight and sparkling sandy beaches’ cliché, our Obscure Pindos Tour offers an unexpected gamut of landscapes, microclimates, and sensual stimuli. And it all comes together through the common thread of the ever-winding back roads, laid over the exact footsteps of age-old trails, used for eons by man and beast.

The last piece of the puzzle is the local people, rugged like the mountains and yet, inherently hospitable, open, and direct in character.

Meteora: We visit the imposing boulders, millions of years in the making by the crafty powers of a huge river delta during the Miocene and Oligocene geological eras. Today the giant rocks host nine Monasteries, comprising the second-largest monastic community in Greece, after that of Mount Athos.

Artificial Lakes of Mornos, Evinos, Kremaston, and Plastira: We ride through the lush environment created by a series of artificial lakes, designed to boost electrical capacity by means of hydropower. On the 7th of October 2022, Greece’s energy needs were for the first time met exclusively by renewable energy sources.

Kipinas Monastery: Wedged into a vertical rock face for almost 1,000 years, the Monastery is virtually invisible, until the visitor arrives at its gate. We shall admire the 17th-century frescoes and hopefully will be allowed, through a hatch in the sanctuary, to reach the 240 m deep cave where people fled to in times of danger.

Vikos Gorge: Part of the Vikos-Aoos National Park, the dazzling 12 km long and 900 m. deep Vikos Gorge is a veritable treasure vault of flora and fauna. Hence, it is protected as part of the Natura 2000 network from any human intervention. And yet, human presence and activity in it have been almost continuous for the last 40,000 years.

Kallarites – Syrako: Two mountain villages of exceptional, if somewhat rugged, beauty, with an almost urban past. They consist of imposing white-stone mansions hanging on the steep and inaccessible slopes of the western Pindos, presenting a compelling and wondrous view to the visitor. They flourished in the 18th century, financed by trade and crafts.