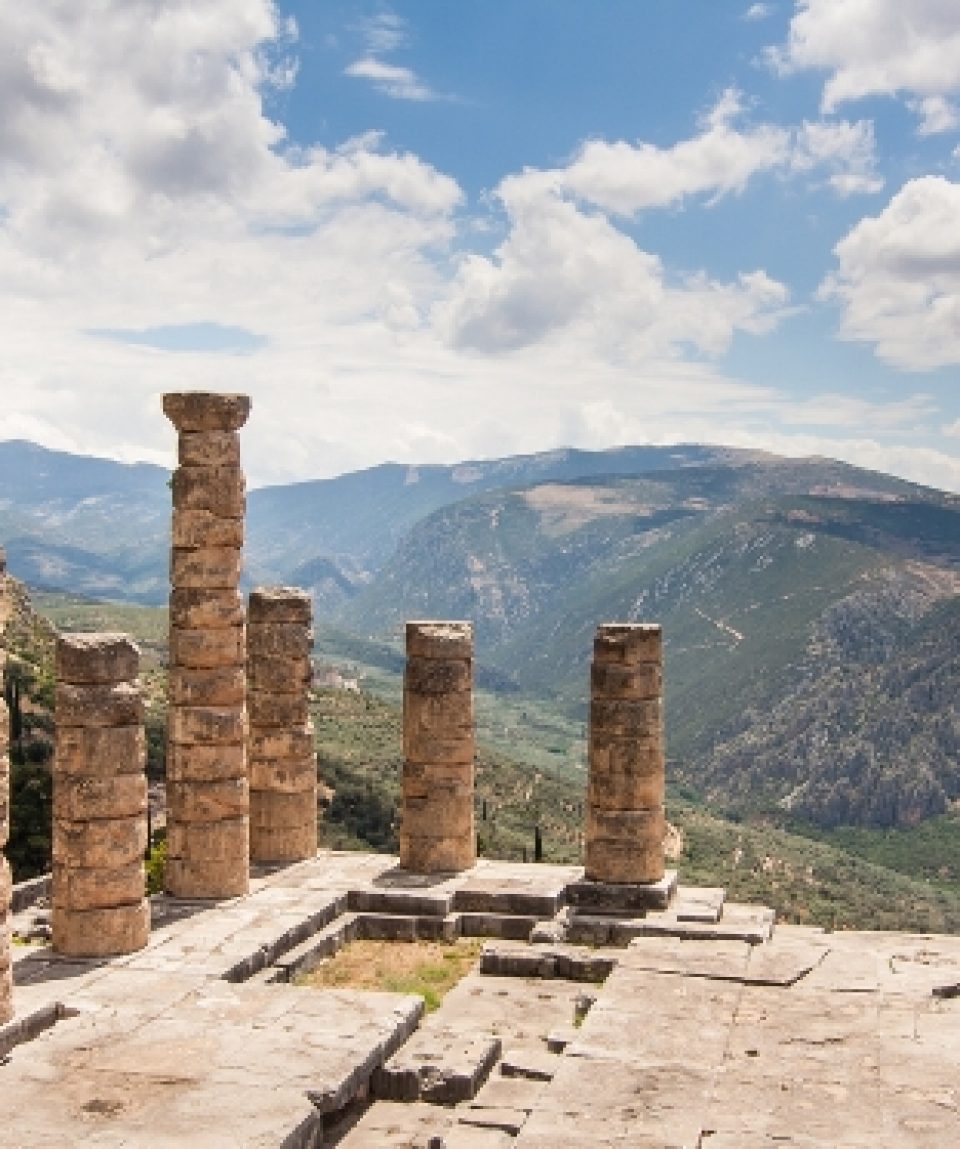 You will start your moto tour towards Livadia where you will stop in an amazingly beautiful place called Krya. A place of unparalleled beauty full of running waters will be your brief stop for a coffee break. Next stop the famous Delphi. It occupies a site on the south-eastern slope of Mount Parnassus, overlooking the coastal plain to the south and the valley of Phocis. It is now an extensive archaeological site with a small modern town of the same name nearby. It is recognized by UNESCO as a World Heritage Site as it had a great influence in the ancient world,  and was among the most important ancient Greek city-states. You will visit the ancient sanctuary that grew rich as the seat of the oracle as well as the archaeological museum with the amazing copper statue of Iniohos the charioteer.

A well-known mountainous village which during winter months becomes the epicenter of the Greek skiing community since it holds the best slopes in Greece. It is also hugely appreciated by its eclectic bars and cafes as well as its excellent gastronomy. You will dine in one of the finest taverns tasting these local delicacies, before heading to your hotel for a well-deserved rest.

The following day you will descent to the picturesque village of Galaxidi. A quiet seaside village, located deep in the Corinthian Gulf, is a place of considerable seafaring repute and a proud contributor to the sea skirmishes of the 1821 revolution against the Ottoman Empire. Nowadays, the visitor can witness the splendor and riches of this majestic small town by observing captains’
residences, neoclassical houses adorned by maritime-themed statuettes, stone-paved alleyways, and picturesque harbors. After sucking in the atmosphere of this lovely seaside village, you will be heading to one of the most beautiful and important Monasteries in the region. The monastery of Hosios Loukas is situated at a scenic site on the slopes of Mount Helicon. It was founded in the early 10th century AD and has been listed in the Unesco’s World Heritage site.

Delphi – Arahova – Galaxidi. After paying our respects you will depart for our base in Athens by following provincial roads that are ideal for the conclusion of this motorcycle tour.

All about the Delphi – Arahova – Galaxidi.

Two day unguided motorcycle tour that will lead you to some iconic sites in Greece.

Riders Training
We use cookies to ensure that we give you the best experience on our website. If you continue to use this site we will assume that you are happy with it.Ok