Athenian Riviera. Explore Athens and its great history by driving in  on of our motorcycle tour. Rent your desired BMW motorcycle and be amazed by the Coastal Motorcycle Tour of the Athenian Riviera. We will meet and greet you in our head offices where you will get acquainted with your BMW rental motorbike. After a short briefing about the tour and the itinerary you will be ready to begin our Athenian Riviera Tour.

The first stop of the day will be in Vouliagmeni Lake. The lake is about 50 centimeters above sea level and so it is constantly overflowing and being replenished by the hot springs beneath it. The composition of the lake is brackish and full of minerals. The lake is recognized as a wonder of nature because of its unique appearance and impressive surroundings.

After a short break, you will cruise the scenic Athenian Riviera towards the impressive Temple of Poseidon in Cape Sounio, the southernmost point of Attica. A spectacular seaside route full of fantastic landscape and twisty coastal roads. You will have the opportunity to spend some time in any nearby beach for a coffee or even a dive in the Aegean Sea before visiting the impressive temple.

As with many other monuments around Greece, historical facts about the Temple of Poseidon in Sounion are intertwined with bits of legend. It is believed that King Aegeus was awaiting his son Theseus’ return from his expedition in Crete. He was there to kill the mighty Minotaur, a creature with the head of a bull and the body of a man. He saw the black sails on the ship and mistakenly thought Theseus had been killed by the beast when in fact, young Theseus was victorious but had forgotten to replace the black sails with white ones, which ultimately led to his father’s death. In commemoration, Aegeus’ name was given to the Aegean Sea.

After a short lunch, the Athenian Riviera tour, continuous towards the Paiania Cave system also known as “Koutouki”. The cave consists of a single compartment, which is divided into smaller parts by stalagmitic curtains. The whole area is decorated with stalactites, stalagmites, and columns with varying shades and all this creates a magical atmosphere. From here you can enjoy the panoramic view of the plain of Mesogeia.

Finally, you will conclude the motorcycle tour via the aesthetic Hymettus Park. A wonderful mountainous route overseeing the whole of Athens. 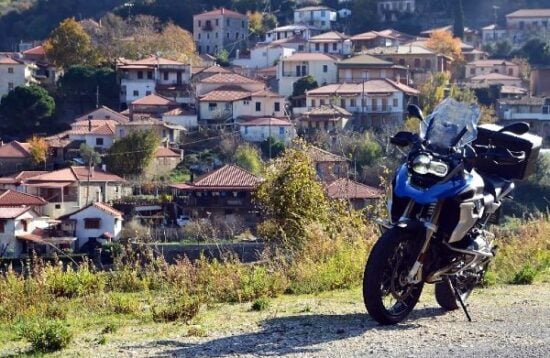 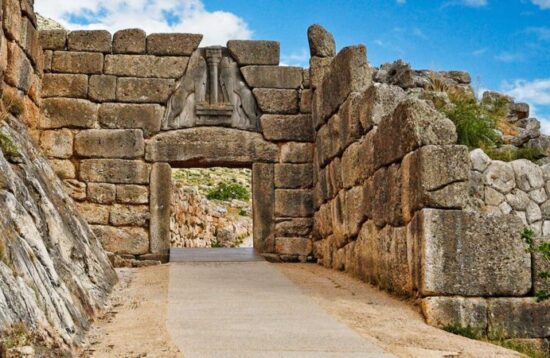