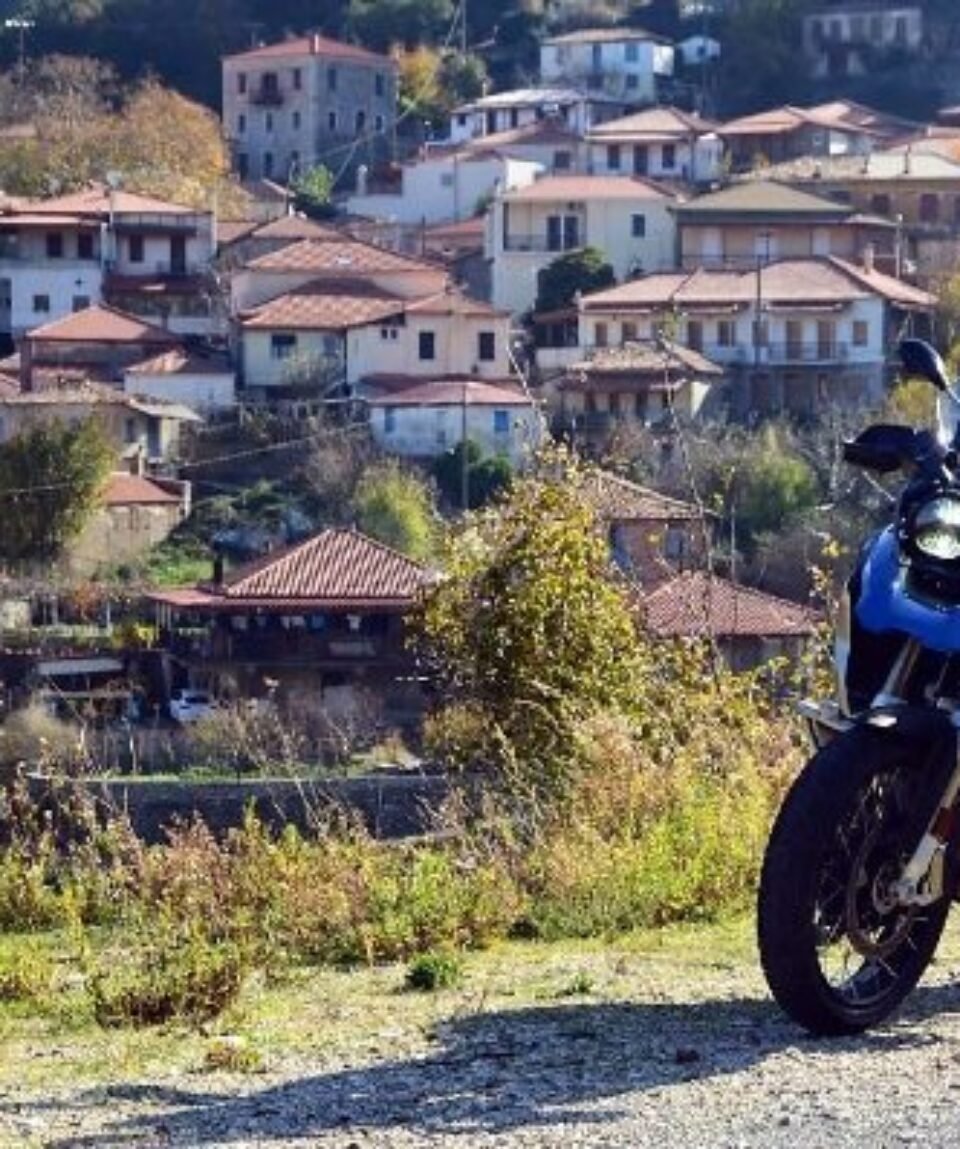 Arcadia – Ancient Olympia. Three Days Motorcycle Tours that will lead you to the heart of Peloponnese. We will meet and greet you in our head offices where you will get acquainted with your BMW rental motorbike. We will also give you a short briefing about the tour and the itinerary  before you begin your motorcycle tour.

Arcadia lies at the center of the Peloponnese peninsula and its varied landscape, large mountains (Mainalo and Parnonas) and Argolis Bay make it an ideal year-round destination. It presents landscapes of incomparable beauty, areas of exciting archaeological interest, and historic locations. Its first inhabitants were the Arcadians, one of the oldest most prominent tribes of the Peloponnese.

Spread out along the wooded slopes with their stone, tile-roofed homes, and churches are Stemnitsa, Dimitsana, and Karytaina. Each village has its own long history, natural beauty and an array of attractions.

In Dimitsana you’ll visit the Library, the open-air Water-Power Museum, and be impressed by this unique village, which is amphitheatrically built.

You’ll admire the clock tower of St George’s Orthodox Church, as well as the Monasteries of Prodromos and the Philosofos Monastery.

You’ll be impressed by the architecture as well as the amazing castle one of the well-fortified in the Peloponnese.

In western Peloponnese, in the prefecture of Ilia, lies the “Valley of Gods”. One of the most prolific and celebrated sanctuaries of Ancient Greece. Ancient Olympia, the birthplace of the Olympic Games. After riding your motorcycle in a terrain full of twisty turns you will arrive in Olympia. You will become part of the history by strolling through the ruins, run in the stadium as the ancient Olympians did thousands of years ago.

You will conclude this memorable motorcycle tour by visiting the church of  Agia Fotini, a unique structure built with 8 different styles of architecture as well as the splendid Kapsia Cave system. The cave is distinctive due to its rare coloration (white, yellow, red, green, and light blue) and its abundance of stalactites and stalagmites, which predominate in the “Chamber of Wonders”.

Arcadia – Ancient Olympia. Be part of history by participating in this memorable motorcycle tour.